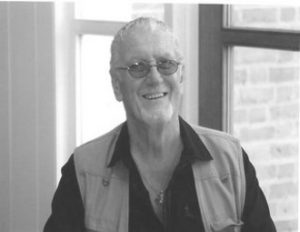 William K. Gorrie’s senior education was in Hampshire where he learned to sing, act and dance.

He was called to Military National Service in 1959 and became a professional soldier in 1961 until discharge after 17 years Service. He remained active, in peacetime locations, in theatre and light entertainment including directing, during this period.

Whilst serving in Brussels, Belgium he joined the English Comedy Club, performing in drama, pantomime, and short musical shows such as A Night With Tom, featuring the parodies of Tom Lehrer, G & S Utopia in the Palais des Beaux Arts and an open-air Music Hall feature representing Great Britain in the Millenaire Celebrations of the City of Bruxelles in 1979.

Several excursions in amateur and professional productions later led to an appearance in a French language adaptation of Midsummer Night’s Dream, reprising the role of ‘Snout’, in 1997 at the Avignon Arts Festival; A season with The New Farnham Repertory Company 2004; before joining The Royal Hospital Chelsea in 2011.

He was auditioned and won the part of ‘The Voice Of God’ in Benjamin Britten’s Noyes Fludde, beautifully staged in the Wren Chapel of The Royal Hospital Chelsea by William Vann, the Chapel’s Director of Music. 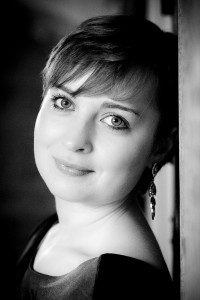 She also made her solo début with Opera Holland Park as Mallika Lakméand with English National Opera in Joanna Lee’s The Way Back Home at the Young Vic Theatre.

Recent engagements include Zulma at Garsington Opera in Will Tuckett’s production of L’Italiana in Algeri, her return to ENO in Philip Glass’ Akhnaten, Charlotte Werther at the 2014 Grimeborn Festival, cover Cherubino Le Nozze di Figaro in McVicar’s production at the Royal Opera House, and Nancy Albert Herring with Opera North.

Katie Bray is equally at home on the concert platform, and has performed in prestigious venues such as the Wigmore Hall, Cadogan Hall, and the Holywell Music Room. She appears regularly in the London English Song Festival, where she recently directed concerts at Wilton’s Music Hall, as well as the Oxford Lieder Festival.

Recent highlights include a recording of Schumann songs with Sholto Kynoch for the Oxford Lieder Festival, and a tour of Bach’s St Mark Passion with the Barokksolistene, led by Bjarte Eike.

Katie Bray graduated as a Karaviotis Scholar from the opera course at the Royal Academy of Music, and was awarded the 2012 Principal’s Prize.

Taught by Elizabeth Ritchie and Iain Ledingham, she won First Prize in the Academy’s prestigious Richard Lewis Singing Competition in 2011. 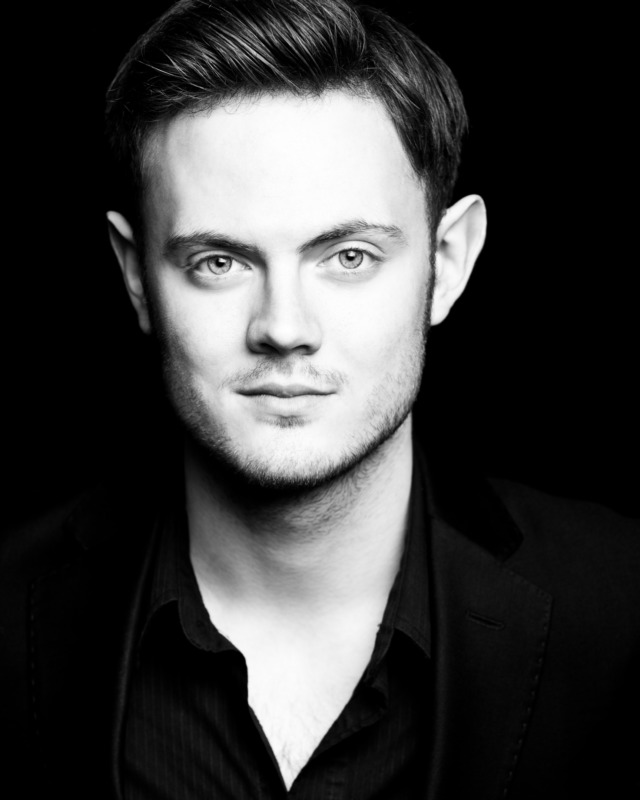 Born in West Sussex, Nick Pritchard read music as a choral scholar at New College, Oxford and studied with Russell Smythe at the Royal College of Music International Opera School (RCMIOS) where he was the recipient of the Eric Joseph Shilling Prize. He was awarded the London Bach Society Singer’s Prize in 2013 and is currently a Samling Artist.

Previous concert work includes King Arthur for the Early Opera Company under Christian Curnyn, Bach’s Mass in B minor with the Monteverdi Choir and Sir John Eliot Gardiner, performances of Handel’s Messiah with the English Festival Orchestra under Brian Kay at the Royal Albert Hall, Instruments of Time and Truth with Edward Higginbottom, and the Nieuwe Philharmonie, Haydn’s Paukenmesse with Stephen Cleobury, the Choir of King’s College, Cambridge and the Orchestra of the Age of Enlightenment, Mozart’s Requiem for The Three Choirs Festival with Simon Halsey and the Philharmonia Orchestra, Bach’s St Matthew Passion with the St Paul Chamber Orchestra under Paul McCreesh, Coridon Acis and Galatea with John Butt and the Dunedin Consort, Bach Cantatas with Ensemble Pygmalion and Raphael Pichon, Monteverdi’s Vespers under Daniel Hyde, Vaughan-Williams’ On Wenlock Edge for BBC Radio 3, Schubert’s Die Schöne Müllerin with Gary Matthewman at the Elgar Room, The Royal Albert Hall, Britten’s St Nicolas with the London Choral Sinfonia at St John’s, Smith Square, Britten’s Spring Symphony under David Hill, Britten’s Winter Words for the Oxford Lieder Festival, and the world premiere of Gabriel Jackson’s Passion of our Lord Jesus Christ with the choir of Merton College, Oxford.

Recent opera roles include Prologue The Turn of the Screw for Opera Holland Park, Telemaco for Iford Arts under Christian Curnyn, Paulino The Secret Marriage for British Youth Opera (for which he won the Dame Hilda Bracket award from Sadler’s Wells), Ruggiero in Caccini’s La Liberazione di Ruggierio for the Brighton Early Music Festival, Tamino Die Zauberflöte, the title role in Albert Herring, Matthew in Mark Simpson’s Pleasure for Opera North, Aldeburgh and The Royal Opera, Acis Acis and Galatea for Handel House with La Nuova Musica under Laurence Cummings, and Aquilio in J.C. Bach’s Adriano in Siria for the Classical Opera 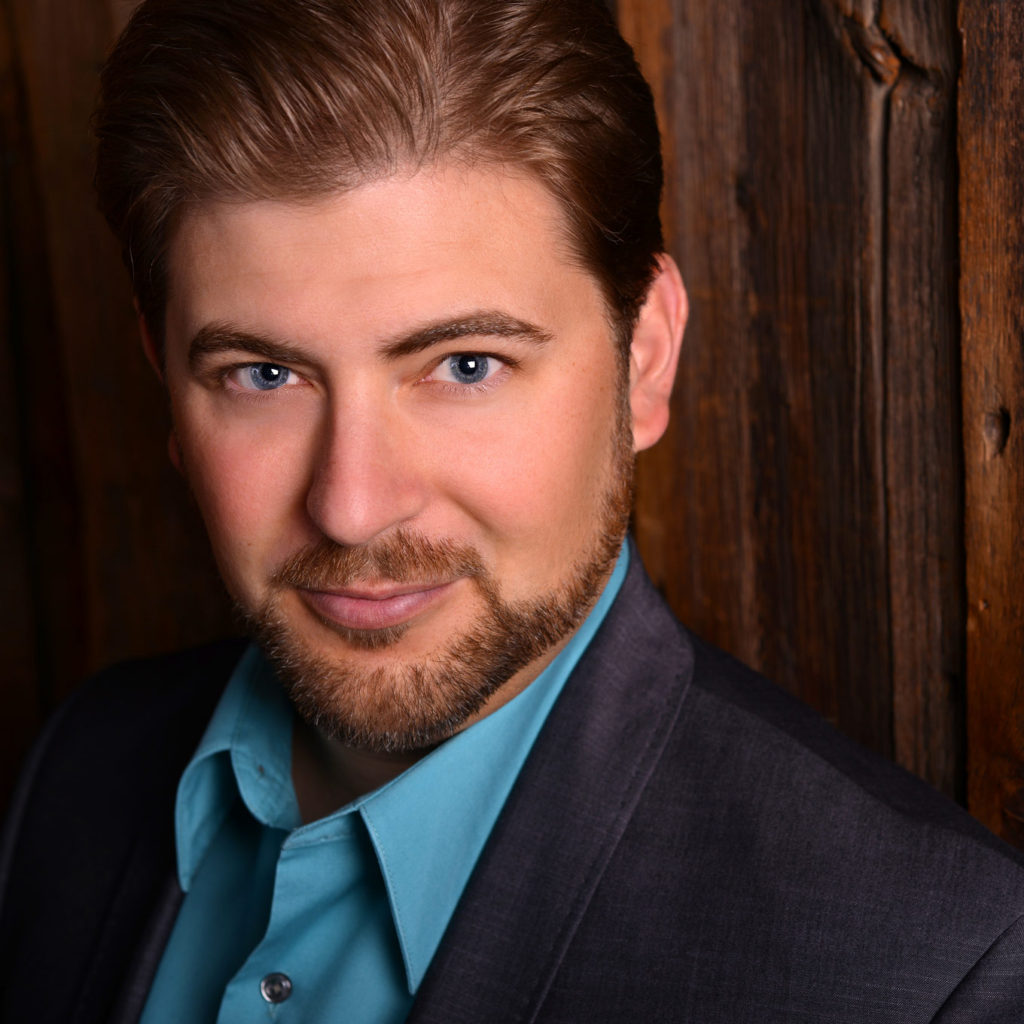 The autumn of 2016 finds Craig Colclough’s return to London for Scarpia in Tosca with English National Opera, a role which serves as his debut at Canadian Opera Company later in the season. He also joins the Minnesota Opera for Doristo in L’arbore di Diana, and spends the summer singing the title role in Verdi’s Falstaff with Opera Saratoga. Future seasons include engagements with Royal Opera Covent Garden, the Dallas Opera, and Opera Vlaanderen.

Last season Mr. Colclough’s performances included appearances with Arizona Opera as the title role in Falstaff and Simon Bolivar Symphony Orchestra of Venezuela, for Timur in Turandot, conducted by Gustavo Dudamel. Additionally, he returned to English National Opera for his role debut of Kurwenal in Tristan und Isolde, and Los Angeles Opera for Simone in Gianni Schicchi. On the concert stage, he debuted with the Los Angeles Philharmonic as Dottore Grenvil in La traviata.

In the 2014–2015 season, Craig Colclough made his European debut with English National Operaas Jack Rance in La fanciulla del West, returned to Los Angeles Opera for concert performances of Hercules v. Vampires (roles of God of Evil and Procrustes), and also debuted with Atlanta Operaas Figaro in Le nozze di Figaro, as well as Lyric Opera of Kansas City as Lieutenant Gordon in Silent Night. 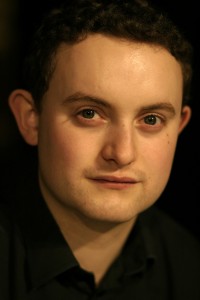 William Vann was born and brought up in Bedford, was a Chorister at King’s College, Cambridge and a Music Scholar at Bedford School. He subsequently read law and took up a choral scholarship at Gonville and Caius College, Cambridge, where he was taught the piano by Peter Uppard, and studied piano accompaniment at the Royal Academy of Music with Malcolm Martineau and Colin Stone. He has recently been made an Associate of the RAM.

He has been awarded many prizes for piano accompaniment, including the Wigmore Song Competition Jean Meikle Prize for a Duo (with Johnny Herford), the Gerald Moore award, the Royal Overseas League Accompanists’ Award, a Geoffrey Parsons Memorial Trust award, the Concordia-Serena Nevill Prize, the Association of English Singers and Speakers Accompanist Prize, the Great Elm Awards Accompanist Prize, the Sir Henry Richardson Scholarship and the Hodgson Fellowship in piano accompaniment at the RAM.

In addition to his performances of standard song repertoire, he has also either commissioned or given the first performances of new English songs and song cycles by several English composers, including Christian Alexander, Joseph Atkins, Martin Eastwood, Johnny Herford, David Nield and Graham Ross (the latter two at Wigmore Hall).

He is a Trustee of the Ralph Vaughan Williams Society, a Samling Artist, a Yeoman of the Worshipful Company of Musicians, the Co-Chairman of Kensington and Chelsea Music Society, the Artistic Director of Bedford Music Club, a Fellow of the Royal College of Organists and a conductor and vocal coach on the Dartington and Oxenfoord International Summer Schools. He is also the Director of Music at the Royal Hospital, Chelsea, where he directs the choir and a programme of concerts in the Royal Hospital’s Wren Chapel, and the founder and Artistic Director of the London English Song Festival, now in its sixth season, taking place at Wilton’s Music Hall in July 2017.