Education is at the heart of the work of the LESF. We constantly strive to widen the knowledge of English song among the current generation and to preserve and enlarge it for future generations. We are also committed to broadening the standard English song repertoire, which for many singers often consists of a handful of pieces. It is common to find gems among many lesser-performed areas of the repertory, and uncovering those is a constant joy for all of us.

The LESF’s advancement of education takes places in several ways: 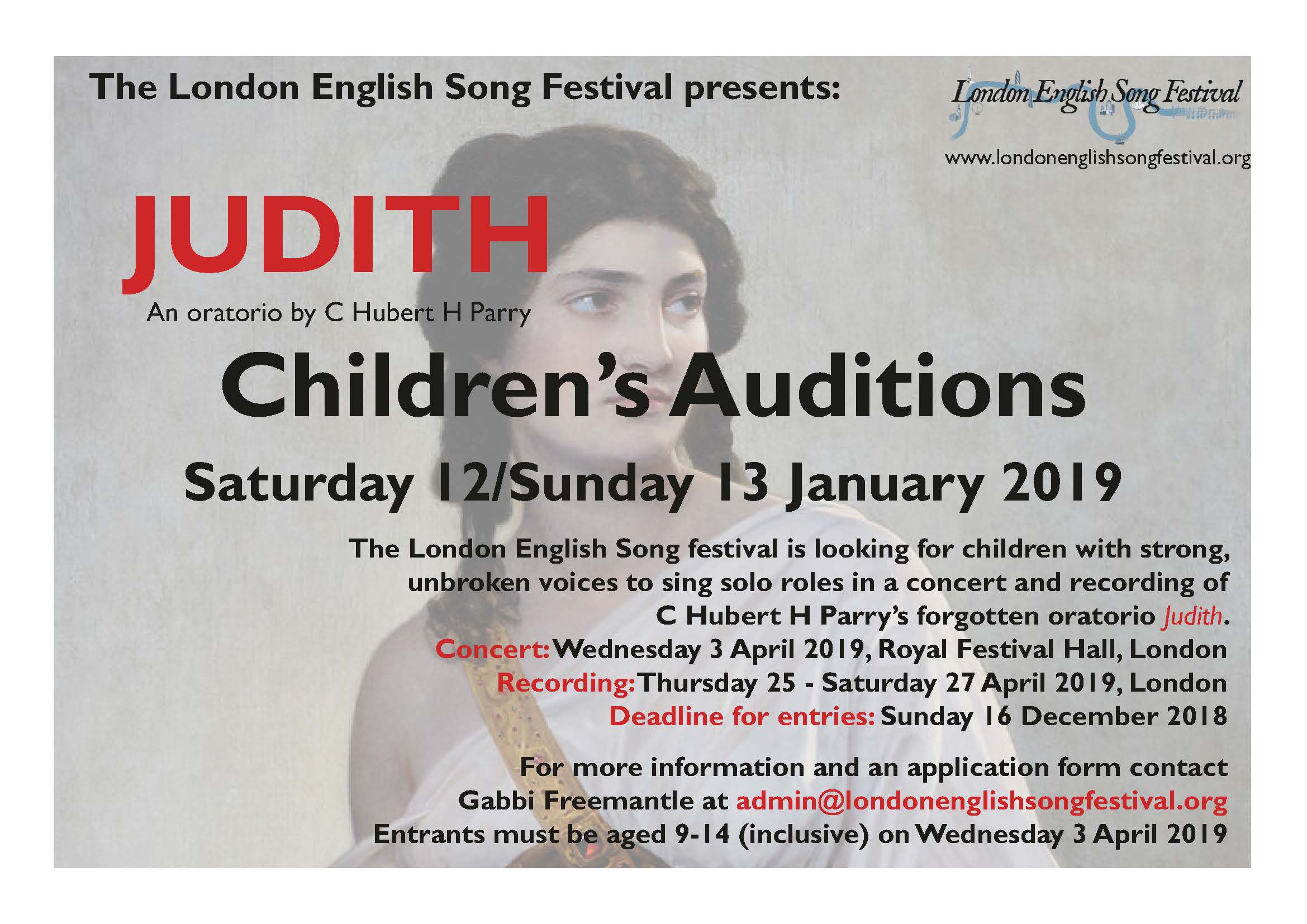 For our 2019 project, Judith, we coached twelve children to sing the children’s chorus in both the concert performance and recording of C Hubert H Parry’s oratorio. Lydia South sang the opening solo in both occasions – she was also a finalist in the BBC Chorister of the Year competition later in the year!

The London English Song Festival’s project also included a schools workshops on the day of the concert performance and a rigorous training project for a group of child performers. Education is at the heart of the LESF’s mission: we brought one of the most important works of its day to new audiences, young and old, and ultimately aim to restore its place in the musical repertory for the future.

Our 2022 recording project contains no specific educational element, but the revival of this lost work will be an important part of our journey to reinvigorate knowledge of, and interest in, neglected works of British music. We plan to perform Prometheus Unbound in 2023 and that project will include schools’ workshops alongside the main evening performance.